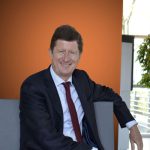 Yves Verscheuren has been Managing Director of essenscia since September 2007. Since 2016, he has been Chairman of the European Chemical Employers Group (ECEG) and, since 2018, of AFEM, the European association of national chemical federations. He is also a member of the Board of Directors of the Federation of Enterprises (FEB) in Belgium and of Cefic, the European Chemical Industry Council.

After studying law and economics at the Catholic University of Leuven, Yves Verscheuren began his career at Unilever. He worked as Senior Vice President, Home Care, for Unilever Europe in Belgium, Switzerland, Zimbabwe, and Italy, before becoming CEO of Unilever Belgium. 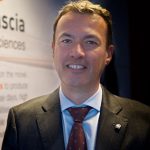 Hans Casier took over from Wouter de Geest as President of essenscia in October 2018. Hans Casier is CEO of INEOS Phenol, the global market leader in phenol and acetone. It employs around 600 people at production sites in Belgium, Germany, and the United States. He is also CEO of INEOS Nitriles, which has 900 employees worldwide.

After studying chemistry and agricultural science and industrial management at the universities of Ghent and Leuven, Hans Casier began working at BP Chemicals in Zwijndrecht, a production site that was acquired by the chemical company INEOS in 1998. In 2005, Casier became CEO of INEOS Oxide. He has held his position at INEOS Phenol since 2014 and became CEO of INEOS Nitriles at the end of 2019.

Members of the Governing Body

This website uses cookies to improve your experience while you navigate through the website. Out of these cookies, the cookies that are categorized as necessary are stored on your browser as they are essential for the working of basic functionalities of the website. We also use third-party cookies that help us analyze and understand how you use this website. These cookies will be stored in your browser only with your consent. You also have the option to opt-out of these cookies. But opting out of some of these cookies may have an effect on your browsing experience.
Necessary Always Enabled
Necessary cookies are absolutely essential for the website to function properly. This category only includes cookies that ensures basic functionalities and security features of the website. These cookies do not store any personal information.
Non Necessary
Any cookies that may not be particularly necessary for the website to function and is used specifically to collect user personal data via analytics, ads, other embedded contents are termed as non-necessary cookies. It is mandatory to procure user consent prior to running these cookies on your website.
Save & Accept